Growth, innovations, and market praise. That would be the shortest summary of 2020 for Ekoenergetyka-Polska S.A. Premiere products for passenger cars, a new research and development centre and nearly 70 tenders won in Poland and abroad contributed to the dynamic growth of the company.

The second best, and the fastest growing company in the Polish SME sector (the “Gazele Biznesu” award) has completed numerous projects that strengthened its market position in the last 12 months. The manufacturer of fast charging stations for passenger cars and transport vans, trucks and busses invested in research and development, entering new markets, new products and staff. It also supported the launch of the first multi-vehicle fast charging station for electric cars Ekoen, which started operating in February.

– Although the year 2020 was full of challenges, we did not slow down but accelerated instead. Our well-thought out and consistently implemented strategy allowed us to complete new investments, increase employment, invest in laboratories and new technologies, and, at the same time, expand our order portfolio. I am convinced that the next year will bring further development of the company and new contracts, also on foreign markets, said Dagmara Duda, President of Ekoenergetyka-Polska S.A.

The company has just finished the expansion of its research and development centre – The Centre for New Technologies in Electric Transport. It will focus on developing charger technologies in terms of mechanical structures, power electronics, and optimisation. The engineers of Ekoenergetyka, who currently account for more than half of its personnel, will use the Centre to create innovative solutions and equipment, thus expanding the company’s portfolio. The Centre will also allow us to develop our testing competences, so that the company may receive accreditation. At the same time, the construction works on the R&D centre for hydrogen technologies in transport are coming to an end. In total Ekoenergetyka has allocated PLN 120 million to the construction of new manufacturing and research and development facilities by 2022.

In 2020, the company manufactured nearly 700 charging stations, won 68 tenders of a total value of PLN 75 million and increased its market share to 16 countries. This record year was the time of realisation of several unique contracts, including: 100 fast charging stations Axon for PKN Orlen, 272 devices of a total power of 24.5 MW for Régie Autonome des Transports Parisiens (RATP), creating the charging infrastructure in one of the largest projects of replacement of old buses with electric ones in Europe – for MZA Warszawa, completion of the project for MZK Zielona Góra and several towns throughout Poland as well as signing the contract with GDDKiA for new charging stations near A1 and A2 motorways.

– The market is developing dynamically, and we are obtaining new clients and partners who want not only to use our reliable, innovative products, but also our unique know-how and experience in creating effective and profitable electric car charging systems. They also appreciate our proprietary, innovative system for monitoring and remote management of infrastructure, emphasised Maciej Wojeński, Vice-President of Ekoenergetyka – Polska S.A.

Good energy not only for vehicles

Ekoenergetyka has not slowed down a bit also in the development of staff and corporate social responsibility initiatives. In 2020, the company’s workforce increased by 38%, and new employees were recruited for almost the whole year. Currently the company employs about 400 people.

In the second half of the year, the Ekoenergetyka Foundation was established. Its aim is to support the development of children and young people, their safety and health. We support the development of our employees, who may pursue their passions both professionally, and by an offer prepared especially for them and their families, or by engaging in actions for the local community. The good energy of our employees stimulates further initiatives, concluded Urszula Przegalińska-Kubik, Vice-President of Ekoenergetyka-Polska S.A., and the President of the Foundation. The Company, together with the Foundation, provided financial and material support for institutions, social organisations, and enterprises in the region, including two hospitals, a Home for Single Mothers, the Fire Brigades and the “Noble Parcel” action as well as fundraising events on the siepomaga.pl portal. What distinguishes Ekoenergetyka is supporting the development of children and young people in various areas.

Great end and a promising start

The company closed the year 2020 with revenues exceeding PLN 100 million and several activities that will open completely new opportunities for the next year. Part from completing the expansion of the Centre for New Technologies, Ekoenergetyka started the development of its manufacturing lines, which will allow it to respond to the needs of its customers even more flexibly. The company has also signed an agreement for the lease of new office premises in Katowice, where it will start operational activity in May.

At the beginning of December, the company presented a new product: the innovative Axon Pay charger. The fast charging station with an integrated payment system will be commercially available already in the first quarter of 2021.In mid-December, Ekoenergetyka started co-operation with Indonesia. During the official visit at Ekoenergetyka-Polska S.A., the Ambassador of the Republic of Indonesia in Poland inaugurated the Polish-Indonesian Platform for Electromobility. The Company gave the representatives of Indonesia a fast charging station that will be launched in March. In the same month, Ekoenergetyka will meet government representatives and present its solutions during the trade fair in Jakarta.

Ekoenergetyka-Polska S.A. is a leader in the electromobility sector in Europe. The company has been designing and manufacturing cutting-edge, reliable high-power charging stations for electric vehicles for more than a decade.  The company continues to grow dynamically. In 2019 its revenues increased by 1 154.53% (PLN 69.034 million, employment: 278 people). A year before, this rate was 923.03% (PLN 37.546 million; employment: 112 people).

First in the world e-bus charger and charging...

The first electric bus service in Luleå has b... 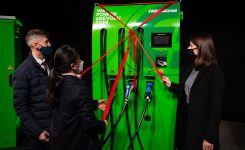 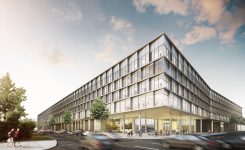 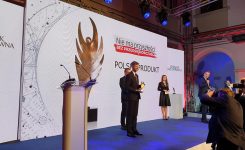 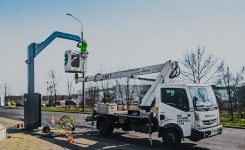 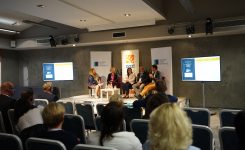