Ekoenergetyka-Polska, producer of charging stations for electric vehicles, can be very satisfied with 2018. Why? Tenders won from European giants of public transport, production of charging stations with a total capacity of 15 MW, foundation of a new Research and Development Center for new technologies in electric transport and an increase of employment by over 120%. All this shows that both the company itself and the market of electromobility are entering a new stage.

The figures speak for themselves – in 2018 alone, 185 electric vehicle charging points produced by Ekoenergetyka were installed. An infrastructure has been delivered to as many as 23 cities in 9 countries – charging stations with the Ekoenergetyka logo are now providing high-power charging to buses reaching from the Arctic Circle (Luleå, Sweden) to the hot Catalan coasts (Barcelona, Spain). Charging stations are also used by many Polish carriers, including in Warsaw, Krakow, Katowice, Zielona Góra, Stalowa Wola, Szczecinek, which shows that the quiet and low-emission public transport in Poland is developing. This is a record year in terms of the total power to the supplied charging stations – up to 15,000 kW!

Along with increased experience and growing market share, the trust that foreign clients have IN the Ekoenergetyka-Polska brand is also growing. The best proof of this is the signed long-term contracts for the supply of charging stations for one of the largest public transport operators in Europe: the Paris RATP (Régie Autonome des Transports Parisiens) and the VHH (Verkehrsbetriebe Hamburg-Holstein). The contract for RATP amounts to up to 50 million euros, and currently the first order is being implemented for the contract of  90 bus charging stations with 100 kW each. On the other hand, the contract with the German operator provides for the delivery of 6 blocks of multi-output charging stations with a total capacity of 7.2 MW, each of which will charge 16 buses simultaneously.

The dynamic development of the market requires the company to keep pace at the same speed. That is why Ekoenergetyka-Polska is not slowing down and has ambitious plans for 2019. The company is gradually increasing production and organizational capacity, and the production plan assumes delivery of a minimum of 230 charging points for buses and electric cars. Quick recharging stations will appear in Poznań and Katowice, where they will serve electric buses operated by municipal carriers. In the coming year, charging stations for MZK Zielona Góra will be supplied. One of company’s key and prospective recipients in the near future will be PKN Orlen, with whom is signed a framework contract for the supply of fast charging stations for electric cars with power of up to 150 kW. They will be located at Orlen stations in at least a dozen or so locations in Poland. The total capacity of the manufactured charging infrastructure is to exceed  last year’s result – with a total amount of at least 23,000 kW.

However, the most important event of 2019 and a milestone in the history of Ekoenergetyka-Polska will be the opening of the “Research and Development Center for new technologies in electric transport“. The Center will open up new, previously unavailable opportunities for the company. The main assumption of the center is to become completely oriented to electromobility technologies that are not yet available elsewhere. Ekoenergetyka still assumes to maintain a dominant development position and technological advantage on the European electromobility market. Thanks to the functioning of the center, it will be possible to implement new employee development plans as well as start an internship program. These activities will allow the development of high-quality specialists, as well as acquire talented young people at the high school level. In addition, we are proud that the new research and development center will be the first such institution in Europe.

Since 2013 Ekoenergetyka-Polska has delivered 330 charging stations to 45 cities in 11 countries with a total power of 22,000 kW. Each day, the installed charging stations deliver up to 300,000 kWh while 550 charging cycles. In 2019 alone, the company will provide charging stations with a total capacity greater than for all previous years combined. More and more cities are modernizing their fleets and introducing electric buses, and the popularity of personal electric cars is growing. As a result, the demand for is growing, which is an essential element of the development of electromobility. We can safely say that Ekoenergetyka-Polska is a driving force behind the “” and makes electromobility a reality. 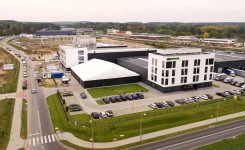 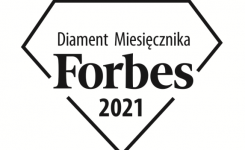 Establishment of the Research and Development... 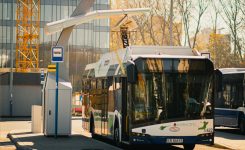 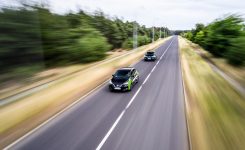 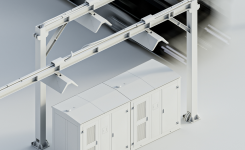 Ekoenergetyka-Polska with another order for Q... 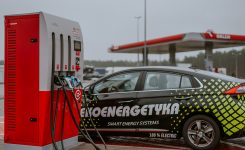 Charging stations from Ekoenergetyka-Polska a...