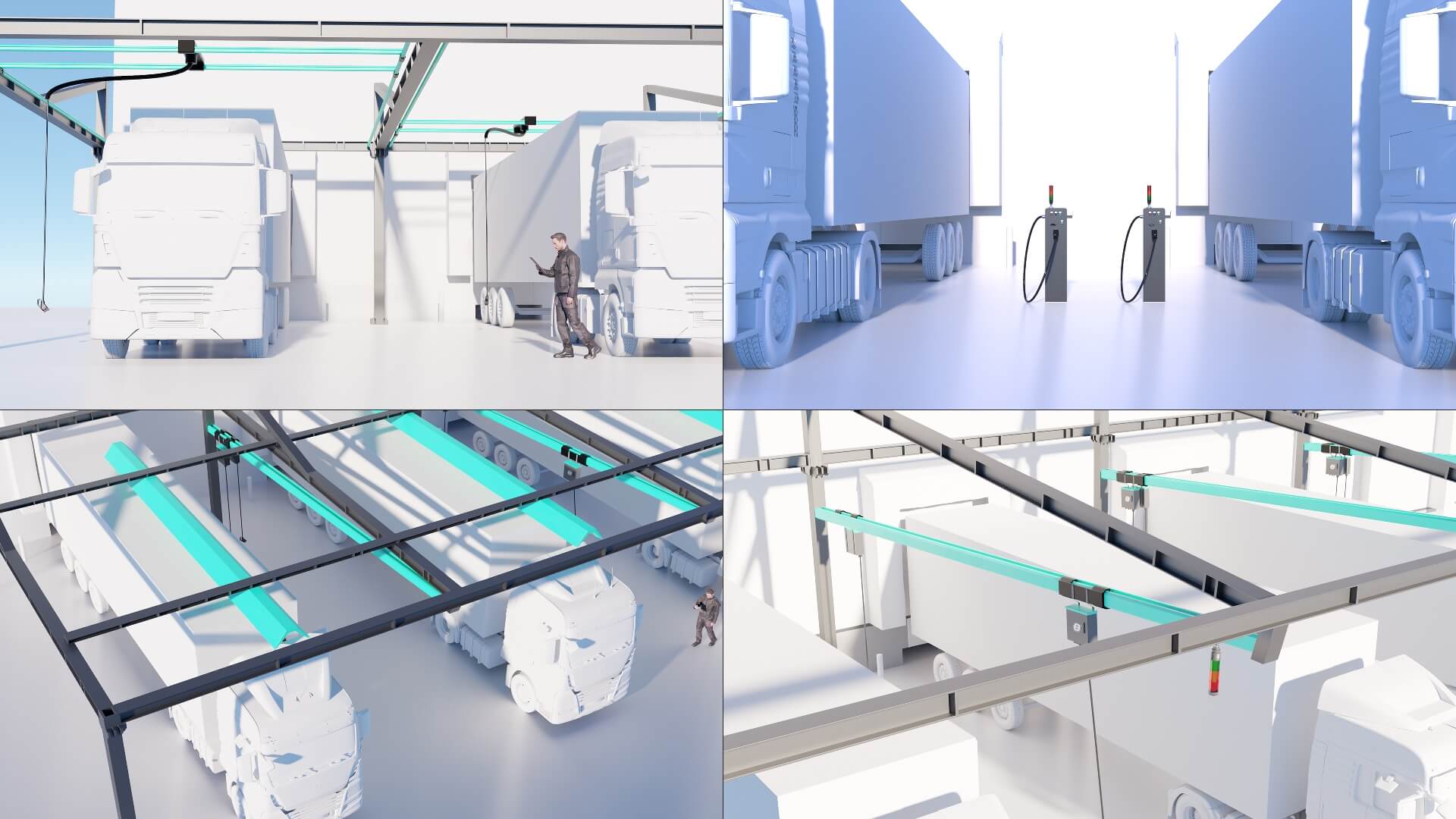 Engineers from the Research and Development Center for Modern Technologies in Electric Transport, i.e. the key department of the research and development center of Ekoenergetyka-Polska S.A. already have the technologies that enable charging trucks and coaches in the highest power standard of the HPC (high power charging) and MCS (megawatt charging system) type, which is currently developed as part of the CHARIN association.

The development of fast charging infrastructure for electric trucks and coaches is necessary to transform long-distance transport towards climate neutrality.

“When we started working on the charging system of a higher power than 750 kW, which, in our opinion, is necessary for the development of long-distance, zero-emission goods and passenger transport to be both feasible and profitable for fleet operators, the concepts of the organization of the charging infrastructure were only starting to form. Today, when the works on our charging system, which will soon cooperate with the MCS system, are fully advanced, the media are reporting about the actions taken by global producers of trucks and coaches, who are preparing to organize charging infrastructure based on a technology that guarantees the same capacity as out technology. I am happy to see such convergence of interests between vehicle manufacturers and charging infrastructure providers, such as Ekoenergetyka, because this will generate very quick infrastructural results. This, in turn, will allow transport to achieve full climate neutrality within the period foreseen by the European Union, or even sooner”, said Dagmara Duda, CEO Ekoenergetyka-Polska S.A.

The idea that was guiding the engineers from the Polish research and development company which delivers, among others, fast charging systems for electric buses to 19 countries throughout the world, was to develop a system that would operate so as to enable the vehicle to be fully charged during the 45-minute breaks that are mandatory for truck and bus drivers in the European Union.

In optimum conditions, the charging stations adapted to the MCS standard, designed by the team from Ekoenergetyka enable to charge a truck for a 400 kilometer drive within less than 30 minutes. The company is also planning to gradually launch even higher power systems to the market. This will enable faster charging and more optimized use of electric vehicles in road transport.

“The development of infrastructure, which is being announced both by manufacturers of commercial vehicles and by operators of charging stations, in correlation with new technological solutions introduced to the market, such as our charging systems that are compliant with the HPC and MCS standards, will enable optimized charging of vehicles. The availability of infrastructure and short charging time will enable to charge the batteries in places convenient for drivers, so that it will not be necessary to prepare complex route plans for trucks or coaches. It will be enough to supply the power that is required to cover the planned distance”, said Maciej Wojeński, co-founder and VP Ekoenergetyka-Polska S.A.

Ekoenergetyka-Polska S.A. has wide experience in designing and operating pantograph charging stations. This solution was tested on hundreds of electric buses that are used in numerous cities. The time when the vehicle is stopped, even if very short, is an opportunity to recharge the battery. In the opinion of the dedicated designing team at Ekoenergetyka, these experiences should also be used in the truck segment.  Installing pantographs on electric trucks is a model that is similar to the eHighway system, but it also solves the problem of stationary, unmanned, very fast charging.

“Going in the direction of charging trucks with pantographs seems very interesting, even more so, as this model has been used in electric city buses for many years. However, the development of such a system depends highly on the vehicle manufacturers. If they decide to install such solution in trucks on a large scale, then we, as the provider of charging systems, will happily engage in planning such infrastructure in logistic centers, motorway car parks, in tourist coach bases, bus stations, and service stations, in order to adapt the charging infrastructure to the natural environment in which commercial vehicles operate”, said Michał Pikuła, CTO Ekoenergetyka-Polska S.A.

Based on its experiences obtained during the realization of pantograph charging infrastructure for city buses, Ekoenergetyka-Polska S.A. developed a model that is relatively easy to implement and satisfies the needs of truck transport operators. It enables ultimately charging with a power exceeding 750 kW. The system is based on integration with the MCS standard or using a pantograph interface suspended on a self-supporting structure, independent from the warehouse facility. Such solution is derived from the bus gantry that was used by Ekoenergetyka during the construction of the bus charging infrastructure for Qbuzz in Utrecht (the Netherlands).

“A doubtless advantage of the application of pantograph-based charging infrastructure is the fact that it is safe and easy to use. When the vehicle is charged from a pantograph, we do not have to use a cable, and the maneuvering drivers are not at risk of collision with the charger that is located in the logistic base”, added Michał Pikuła, CTO Ekoenergetyka-Polska S.A.

The aim of the activities of engineering and technology teams at the research and development centers of Ekoenergetyka is to offer vehicle manufacturers and logistics operators ready solutions that will match the technologies implemented in truck models manufactured in large series. Obviously, the discussed charging infrastructure solutions will complement more traditional models, such as dispensers installed between ramps or connectors that are lowered to the vehicle with use of cable reelers.“Considering the enormous work that we have done so far, I can declare that we are ready to popularize electromobility in the segment of climate-neutral heavy road transport. I believe this is good news for vehicle manufacturers, especially if they are planning to build their own charging networks. Thanks to the availability of technologies and the experience in infrastructure maintenance throughout the life cycle of the products, regardless of its location, as a result of the service competences of Ekoenergetyka, the announced market plans may very soon become our common reality”, added Maciej Wojeński, co-founder and VP Ekoenergetyka-Polska S.A.